Ultimately I am seeking in my photographic work to encapsulate the essence of an Impressionist film into a single frame. 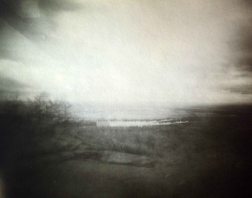 The Great Carrying Place. Where Benedict Arnold and his troops on their way to try to take Quebec would have to carry their heavy bateaux laden with provisions up the mountains around the rapids of the lower Dead River.